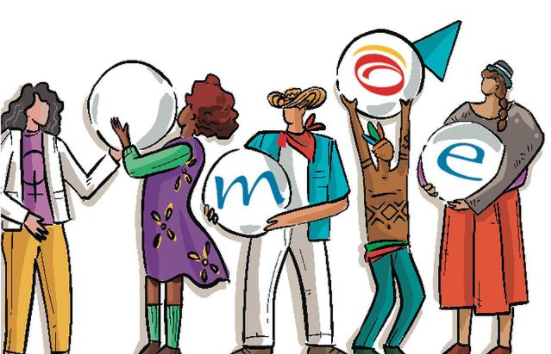 Bogotá, May 29, 2022. The Electoral Observation Mission – MOE of the civil society of  Colombia, delivers to the authorities, press, organizations and interested citizens, the  first observation report, corresponding to the opening of the electoral day of the  elections to the Presidency of the Republic, First Round 2022. This report includes the  reports of the 3,539 electoral observers deployed in 467 municipalities, as well as in 46  consulates in 19 countries.

Among the highlights are:

1. ABOUT THE OBSERVATION MISSION

The Electoral Observation Mission was deployed with 33 Regional Coordinators located  in 31 states of Colombia, in more than 400 municipalities. Until 11 a.m., MOE has  collected the following information regarding the installation and opening of the polling  stations:

The Electoral Observation Mission – MOE has made available to citizens the www.pilasconelvoto.com platform and the WhatsApp line 315 266 19 69 to report any  type of irregularity or electoral crime.

Through these channels the MOE has received between 12:01 am and 11:00 am on  May 29 a total of 119 reports on possible irregularities and electoral crimes in 48  municipalities, corresponding to 22 states and Bogotá. The main types of electoral  irregularities reported are:

15 reports were received in which electoral witnesses said they had problems in the  accreditation process, which is why they have had problems entering the polling stations.  This was evident in the municipalities of Guarne, Medellín, and Remedios Yondó in  Antioquia, as well as in Cali in Valle del Cauca and Bogotá.

Citizens have reported a total of 28 irregularities that may affect freedom in the exercise  of voting in 9 departments of the country and Bogotá. Most of these reports have been  recorded in Valle del Cauca, Bogotá, and in the departments of Antioquia, Atlántico,  Caldas, Norte de Santander and Sucre.

Vote buying (17 reports) through direct delivery of cash and mobilization of voters  to the polling stations.

Likewise, pressures from private companies to vote for a certain candidate are  reported (13 reports), with some cases in which limitations or restrictions are  presented to the possibility of going out to vote by employers.

Despite the ban on campaign advertising on election day, MOE has registered a total of  6 irregularities related to electoral propaganda, mainly in the cities of Barrancabermeja,  Santander; Medellín, Bello and Peñol in Antioquia; Bogotá; Leticia, Amazonas;  Valledupar, Cesar; Villavicencio, Meta and Manizales, Caldas. These reports mainly  refer to political propaganda around polling stations and receiving text messages or  calls from campaigns and candidacies without authorization affecting the  protection of personal data.

MOE received complaints about demonstrations and publicity at the entrance of  consulates in some U.S. cities. While the ban on advertising around polling stations is a  national rule that has no legal effect on other countries, we call on campaigns and  political parties to respect democratic principles wherever Colombian citizens exercise  their right to vote.

In the border area with Venezuela in the municipalities of Cúcuta and Villa del Rosario,  the National Guard of Venezuela prevented the passage of Colombians through both the  Simón Bolívar Bridge and the Francisco de Paula Santander Bridge to exercise their  right to vote in Colombian territory. Although the situation was reported as controlled in  Colombian territory by the authorities in the Operating Control Station (PMU – Puesto de  Mando Unificado in Spanish), there were attempts at riots by Colombian citizens on the  Venezuelan side of the border to be able to pass into national territory.

For the first time in a presidential election, MOE conducts an observation with differential  approaches focused on trans people (56 observers) and people with disabilities (67  observers).

In the process of observing the individual voting experience of trans observers, they  reported:

During the observation exercise with people with disabilities, all observers were  able to enter the voting stations without any restriction, and they are monitoring  the provisions that guarantee their right to vote on equal terms and without any  discrimination in different voting stations in Bogotá, Medellín and Cali. So far,  normality is reported in the observation exercise with the disability approach.

Even though the day has generally passed peacefully, MOE reports the following  incidents during the day:

Two improvised explosive devices were found in Meta and Caquetá, these  were detonated by the Army in a controlled manner, without causing casualties.  The first of the explosive devices was located 100 meters from the Centro  Poblado La Catalina polling station in La Macarena, Meta. The second was  found in Cartagena del Chairá, Caquetá, not generating any effect on the electoral  process. In the Vereda La Paz, El Retorno, Guaviare, an explosive charge was  activated leaving one soldier injured.  Yesterday, and at the request of the community, the voting station was transferred  from the Mazamorrero village in Santander de Quilichao to the El Palmar  village for security reasons. Since weeks before, there has been an alert about the displacement of approximately 500 people in this village due to armed  fighting between illegal armed groups.

5. EFFECTS OF THE ELECTIONS BY WINTER WAVE

As a result of the climatic effects presented in the country during the last days, 12  polling stations were moved in 9 departments.

Additionally, today 9 polling stations have presented delays in their opening due  to climate issues: