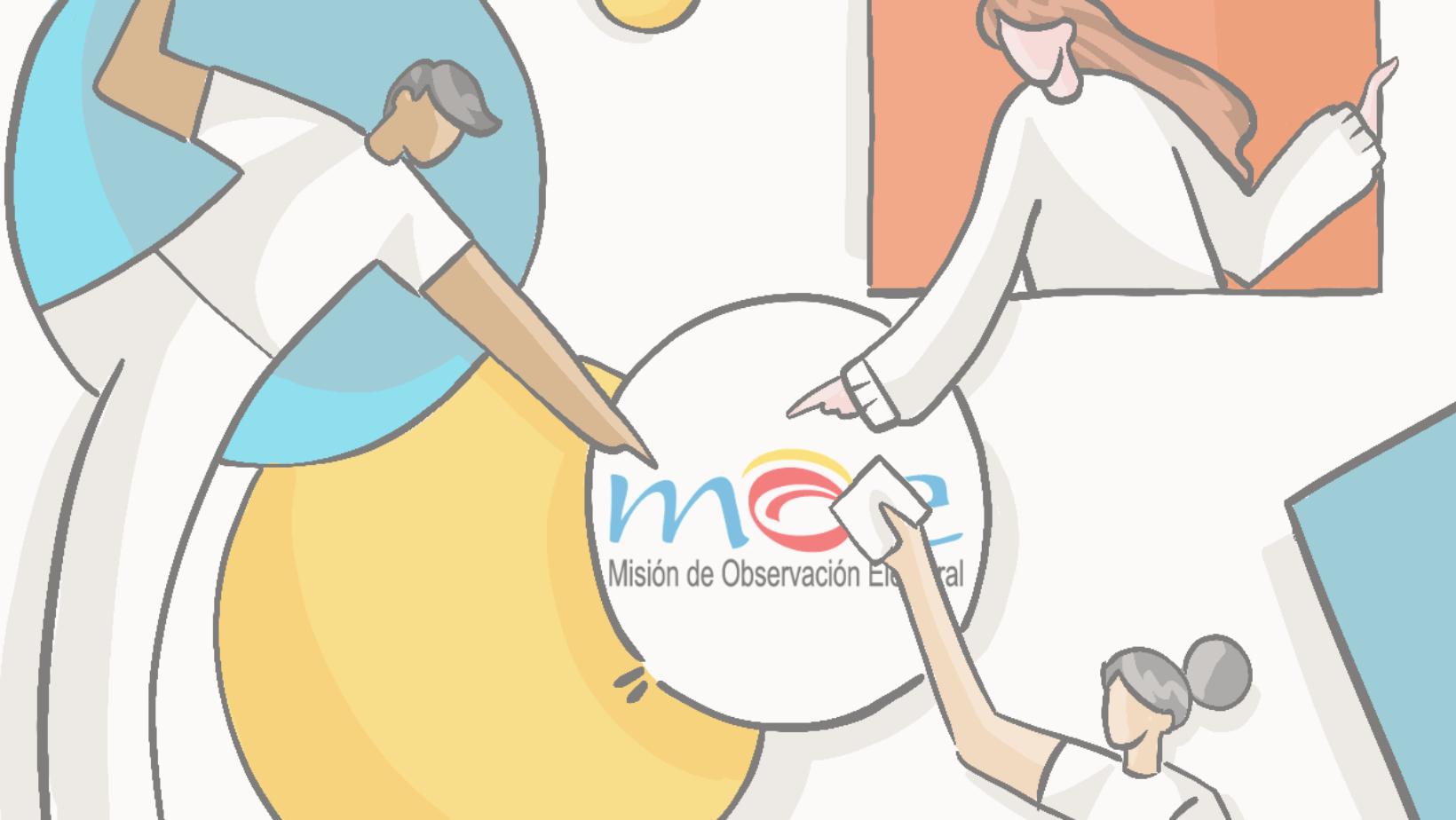 Bogotá, March 13, 2022. The Electoral Observation Mission – Colombian delivers to the authorities, media, civil society organizations and interested citizens, the first observation report of the opening of the electoral day of the elections to Congress of the Republic and Inter- Party Consultations of 2022. This report is based on information reported by 3,589 electoral observers deployed in 481 municipalities, of which 115 are Special Districts for Peace – (Circunscripciones Transitorias Especiales de Paz), as well as in 11 cities in 20 countries.

Among the highlights are:

1. FAILURES IN THE DIGITAL PLATFORMS OF THE NATIONAL CIVIL REGISTRY

Since yesterday, citizens have reported through MOE´s platform www.pilasconelvoto.com failures on the National Civil Registry website, and in the Infovotantes application when consulting their possible designation as a voting jury or their place to exercise the right to vote. This, added to the relocation of polling stations and voting tables without prior notice, has made it difficult to start the election day, especially in some polling stations in Usaquén-Bogotá, Bucaramanga and Santa Marta.

A particular case is that of the Tres Bocas polling station, Tibú, Norte de Santander, where the rains damaged the printed sheets of the voter registry provided by the National Civil Registry Office, leaving citizens without the possibility of consulting their voting table at the entrance of the polling station. It is important to highlight that Infovotantes application is NOT related to the vote count software of the National Civil Registry Office, since this platform only offers educational information and the location of voting stations.

2. DIFFICULTIES IN GETTING OBSERVERS INTO POLLING POINTS

In relation to voting abroad, 15 reports were received of possible irregularities that occurred at voting stations located in Argentina, Australia, Chile, Spain, and the United States, among others. According to citizen reports, irregularities reported are related to advertising at polling stations, non-compliance with electoral procedures by voting juries in the delivery of electoral cards and closing of polling stations long before the legally established time for it.

The beginning of the Early Observation in the polling stations abroad, allowed MOE to identify the lack of knowledge of citizens about the handling of electoral cards.

In the Cristalina de Losada post, municipality of Macarena (Meta), the death of a soldier is reported in the midst of hostilities between armed groups. These events affect the inhabitants of this area, who report that they have not left their homes to exercise their right to vote because of the fear of being caught in the crossfire. Despite these events, the polling station has not been closed.

In Guachaca, a rural area of Santa Marta (Magdalena), a citizen protest has been registered since last Friday. Today in the same area the burning of electoral material and the blocking of entry to the post was reported, preventing the electoral authorities from opening. Two other polling stations had to be moved due to public insecurity, the first in the Corregimiento of Puerto Alegría (Amazonas), had to be transferred to the Corregimiento of El Encanto. The second in the La Vorágine Reservation in Arauquita (Arauca), transferred to the San José de Lipa Reservation.

Due to the winter wave that the country is going through, 178 municipalities are on red alert due to the risk of landslides and floods. The transfer of voting stations has been reported in: Caimalito in Pereira (Risaralda), due to flooding days before the election; and San Pablo de Bijagual, municipality of Córdoba (Nariño), moved due to landslide.

Likewise, there have been delays in the start of voting in 9 municipalities, namely: Algeciras (Huila), due to rains that have prevented the polling stations from opening; Las Conchas, Bijagual, Cargueros, and Las Flores in Nechí (Antioquia), which have not been able to receive electoral material due to a landslide on the Uramita and Dabeiba roads; El Socorro, Ituango (Antioquía), where the polling station had to be moved to La Granja due to flooding; Buga (Valle del Cauca), where a post had to be moved due to flooding; and due to the delay in the arrival of electoral material in San Jacinto (Cauca); at the polling station in San Roque, Rovira-Tolima and Cantagallo (Bolívar).

During the first hours of election day, MOE was informed that the entry of electoral witnesses in the setup of the voting tables was limited. 8 reports were received in places such as Bogotá, Puerto Lleras (Meta), Guaduas (Cundinamarca).

MOE has registered a total of 69 reports of irregularities related with electoral authorities. Regarding the departments that present the largest records, we have 16 reports that correspond to the city of Bogotá, 11 from Colombians abroad, while Magdalena and Antioquia reported 7 each. Among the situations that were most frequently reported, we were informed of multiple cases of people who do not appear in the voter registry despite having carried out the procedure to change their polling station or having exercised their right in that position in previous elections, which prevented them from participating in the process. This situation has occurred in the departments of Magdalena, Bogotá, Boyacá and Risaralda.

Problems have also been reported with the delivery of voting cards, particularly with juries that do not offer the cards to vote for candidates for the House of Representatives, or for the Special District for Peace seats (CITREP), or indigenous or afro cards, or present some obstacle to the delivery of the ballots for the inter-party consultations. The reports on these irregularities are concentrated in the departments of Risaralda, Boyacá, Valle, Córdoba, Antioquia, Sucre, Cauca, Arauca and Cundinamarca.

Citizens have reported a total of 42 irregularities related to infringements to the right to vote in 13 departments of the country. Most of these reports have been registered in Bogotá (8 reports), Antioquia (6 reports), Tolima, Valle del Cauca, Boyacá and Córdoba (3 reports each). The main behaviors reported are buying votes through the direct delivery of cash and mobilization of voters to the polling stations. In other cases, alleged impersonations of voters have been evidenced.

Despite the ban on advertising on election day, MOE has registered a total of 40 irregularities related to electoral propaganda, mainly in the departments of Antioquia (14 reports), Cundinamarca (8 reports), as well as Cauca, Bogotá and Huila (3 reports each). These reports refer mainly to political propaganda around the polling stations, groups of people dressed in a single color that deliver electoral propaganda, and receiving text messages or calls from campaigns and candidates without authorization, affecting data protection.

MOE deployed its observation through 34 Regional Organizations located in 31 departments and 481 municipalities in Colombia and has collected the following information:

9. OBSERVATION OF THE TRANS PROTOCOL

It is the first time in Latin America that an observation is made with a focus on the Trans population. So far, 57.5% of the observers have carried out this process reporting the following:

MOE reminds the obligation to comply with Resolution No. 3480 of 2020 and invites the authorities to know and apply the provisions of the «Protocol that seeks to guarantee the right to vote of trans people under equal conditions and free from discrimination”.